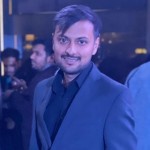 WhatsApp has been working on a new feature called Disappearing Mode for iOS users that focuses on privacy, detected by WABetaInfo. This online platform keeps track of changes on WhatsApp. This feature is not available to the public so far, but will be rolling out soon.

After the user reads the message, this function will allow to clear the chat history. This is one of the few WhatsApp apps when it comes to privacy. According to the company, “While most users who have received the new terms of service have accepted them, we appreciate that some people have not had the opportunity to do so yet. Accounts will not be deleted on May 15 due to this update and no one will lose WhatsApp functionality either. We will continue with reminders to people over the next few weeks. “

Starting May 15, users will lose access to some WhatsApp features over time until they agree to the new terms. These users will first lose the ability to access the chat list. Then the video and audio will stop working and users will not receive notifications of new messages on WhatsApp. Vanish mode will be available in a future update for iOS and Android users, but it is unclear when it will be available.

Seth Sale is an all-around geek who loves learning new stuff every day. With a background in computer science and a passion for web-based technologies and Gadgets, she focuses on writing about Web Trends, Smartphones, and Tablets. Email:[email protected]

Now You Can Browse in Dark Theme in Google